The History of Group Piano Classes (By Candy Peare)

Piano teachers have long recognized the potential of teaching in groups.  Group teaching began in Dublin, Ireland around 1815.  The German musician Johann Bernhardt Logier (1780 - 1846) began instrucing piano classes.  These classes were large, sometimes including up to 30 students.  The class ranged from beginners, who played simple melodies, to the more advanced, who played variations on these tunes. 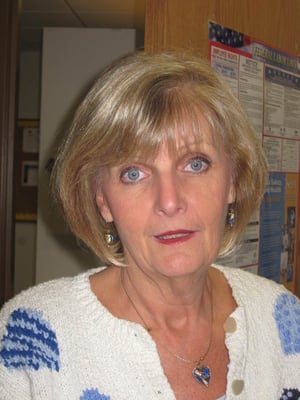 They returned home to introduce group teaching in their own countries.  The first classes in America traced to girls' school in the south around 1860.  It is interesting to note that famous European pianists of the 19th century, such as Franz Liszt, Frederic Chopin, and Clara Schumann taught their pupils in a group or a master class setting.
At the end of the 19th century, a leading educator and advocate of group piano in the U.S., Calvin Cady, endorsed class piano as an effective means of instruction.  Other individuals who contributed to this effort included T.P. Giddings, Hazel Kinscella, Otto Miesner, Helen Curtis and Gail M. Haake.
At the same time, the U.S. lead the world in the production of pianos.  As a result, the piano was a very popular instrument in many homes.  The elementary school group programs grew tremendously from 1918 through 1930.  However, due to the financial depression, World War II, and the lack of teacher training, piano classes suffered a serious decline.
Raymond Burrows began to incorporate group piano into the colleges regular course offerings.  He advocated piano classes across the U. S.  During the 1950's and 1960's he sought not only to educate the beginning student, but students of all levels.
The electronic piano had a profound impact on the future and direction of group piano teaching.  Because of its small size, the ability to teach both individuals and groups and its low cost, it becamed very popular and the college and university involvement increased dramatically.
Since then people such as Robert Pace, James Bastien, and Frances Clark ( to name a few),have advocated group instruction.  They have written many books with lessons for repertoire and technique.
In recent years, we have seen a proliferation of new resources for the group piano teacher.  Workshops and conferences are held to share teaching strategies and related research for shaping the direction of group teaching in the future.
Candy Peare teaches Piano Lessons and Group Keyboard Classes at Hunterdon Academy of the Arts.

Hunterdon Academy of the Arts proudly announces a new

partnership with the Jacobs Music Company, one of the largest dealers of Steinway and Yamaha pianos in the North East.  Much more than a piano retailer, Jacobs Music is heavily involved with music education, sponsoring recitals, concerts, master classes, and other educational events in local communities, as well as at their main location in Willow Grove, PA.

Partnering with Jabobs Music greatly enhances our keyboard program, which has been expanding rapidly.  Over the past two years, our keyboard and piano enrollments have increased substantially. To accommodate growth, the keyboard faculty at Hunterdon Academy of the Arts expanded from just a handful of instructors to 11 professional piano teachers as of fall 2010.

HAA keyboard students have a wide variety of programs to choose from, including piano group classes--among them, Music for Little Mozarts (ages 5 to 7) and Pianissimo Classes (ages 6 to 8)--in addition to private piano lessons.  Adults, too, have been joining us for their keyboard needs, taking individual lessons or the newly launched group keyboard class, Basic Keyboard and Note-Reading, designed specifically for adults.

Our partnership with Jacobs Music presents piano students some wonderful opportunities to get the most out of their piano classes and lessons. Crucial to making long-term, steady progress on the piano is having access to a good instrument for practice purposes.  We have heard your concerns about the expenditure of purchasing a new piano, and our partnership with Jacobs Music now provides you with a very attractive solution: a low-cost, hassle-free piano rental program. For only $49/month--a rate that has been specially discounted for HAA--you can now rent a brand-new upright piano from Jacobs Music (Willow Grove) through HAA.  And should you wish to purchase the instrument later, all rental fees will apply to your purchase price.  For students moving from electric keyboard to acoustic piano, this is the perfect bridge that will be very easy on the budget!  Also, students curious to find out whether or not piano studies is the right choice  for them, will get a clear understanding of what it would be like to own a good piano in their own home.

Below pictures feature the rental piano offered by Jabobs Music.  We have a sample here at the Academy, and you're welcome to try it out.  Just give us a call to let us know when you'd like to come in: (908) 782-4943

Piano Lessons and the Choice of Keyboard Instrument

Are you getting ready to take piano lessons?  If so, you've made the right choice; you can't go wrong with the piano.  However, to make progress between lessons, you'll need to be able to practice the instrument on a regular basis, whether you own or rent one.  When it comes to keyboard instruments, you have three basic options: the traditional acoustic piano (and grand piano); the digital piano (Clavinova); and the electronic keyboard.

Acoustic piano: The most appropriate instrument for piano instruction is the traditional acoustic piano.  They are available in two different basic shapes and varieties: the upright piano and the grand piano.  No other keyboard instrument quite approaches the touch of the acoustic piano keys as they move the hammers to hit the strings; and nothing quite produces the nuances in sound created by the mechanisms and materials (different kinds of wood, metal, and leather) of the traditional acoustic piano.  If budget is a concern for you, please note that you now have the opportunity to rent a brand-new upright piano at very low cost.

Clavinova: The closest approximation of the sound and feel of an acoustic piano is Yamaha's Clavinova, the most impressive representative of the digital piano, which is used at many universities and colleges around the world as a respected substitute for pianos and grand pianos.