Should My Child Play Piccolo?

It's nice when I get this question, I play a lot of piccolo myself, and it has helped me get established with many musical organizations.   As in everything, if you can do a wider range of things, you are more valuable to the people you work with and for.  In many cases over the years, I was able to establish my playing value by playing piccolo well, and later was recognized for my flute playing.  But of course students are usually not dealing with the realities of professional performance.
I believe for a good, advanced student, as the skills on flute become more obvious for all to hear, a student should try piccolo (or at least not reject 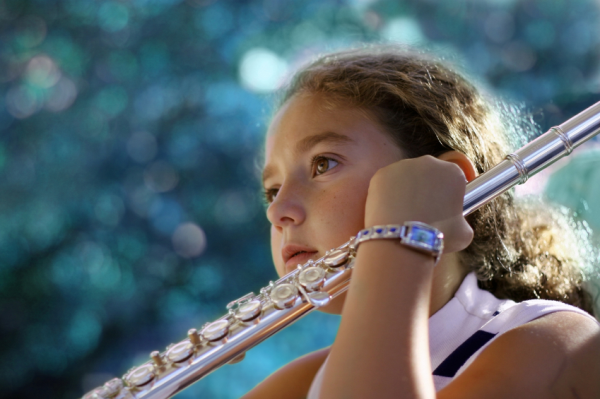 the idea if the band teacher suggests it).   Being asked to play piccolo is really a compliment.  Aside from the principal flutist, the piccolo player will be heard the most and must be able to play out like a soloist (as well as blend with a very difficult instrument to make blend).  In a local community orchestra it might be easier to get into the orchestra if you can play flute and piccolo than if you just play flute.  There's really no physical bar to playing piccolo for a good flute student, but in my experience, people with smaller hands and fingers seem to do better on piccolo than those with long ones.  There is a piccolo solo literature for a good flute student who adds piccolo, there are concertos by Vivaldi and a very large late 19th century literature from what we call "The Golden Age of the Piccolo."  Many of these were band favorites in their day, my favorite is "The Elephant and the Flea" which features (what else?) Tuba and Piccolo.

The issue then becomes, where to get a piccolo?  Well most school band
programs have them for the students, but the quality of the instruments isn't always that good, and they aren't always kept in good repair.  If the school instrument can be put into good playing shape, that's an option.   Music stores will rent them of course, I always recommend renting a new rather than a used instrument (like rental cars, rented instruments do take more of a beating).   Buying one can be expensive but basic student piccolos can be bought for $300-500 in a plastic resin that looks like wood, and sounds pretty good for the money.  Piccolos made in metal (silver or silver-plated nickel based metals) will cost about twice as much.  Wood piccolos are preferred in orchestras since their sound is less shrill and blends better.  Wood piccolos usually start at around $1000 and get higher from there with the quality of the instrument.  But a wood piccolo in a marching band can be an expensive mistake.  Letting wooden instruments get rained on or frozen will damage them.  That's why resin piccolos have become so popular among students.   In the old time bands like
the Sousa Band, metal piccolos were the ones of choice.  If you're buying a really old piccolo, be sure the piccolo is "pitched in C."  The old ones are often pitched in Db since the original band parts from the 1850's-early 1900's used Db piccolos.  Their prices can be very attractive because the demand is so low.
For a weaker student, particularly one who really hasn't mastered control of the sound, perhaps piccolo is not such a great idea.   There are embouchure issues that come with piccolo, and for a student already struggling a little with control of the flute sound, piccolo playing might just make matters worse.
Seth Rosenthal, Flute Instructor at Hunterdon Academy of the Arts
piccolo lessons piccolo playing
All posts