/* Add the font family you wish to use. You may need to import it above. */

/* This affects only headers on the site. Add the font family you wish to use. You may need to import it above. */

/* This sets the universal color of dark text on the site */

/* This affects all grey background sections */

This month, we are spotlighting Rob George. Rob is not only one of our most popular but also one of our most versatile Teachers. Below are the highlights of a recent interview we had with him:

You teach several cool instruments, as well as ROCK Plus, a new performance program at HAA. How did you get into playing several different instruments? In addition to teaching guitar lessons, I also teach ukulele, banjo, and mandolin. I actually got into these instruments because of an uncommon instrument one of my previous teachers had me learn: the lute. The lute is essentially a predecessor to the guitar, and it’s really tricky to get a nice sound on. My teacher had a philosophy that if you can get a good sound on the lute, your sound on the guitar would be that much better because of it. This sparked a fascination with tone, and I began learning a bunch of less played, fretted instruments in hopes to apply that to my guitar playing.

You also play in a band. Can you tell us more about it and the kind of music you play? The band I play in 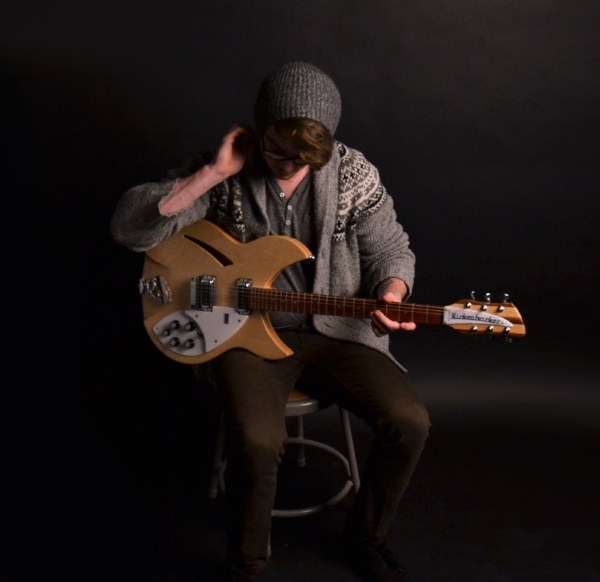 is called Mr. Hey Mister. If I had to label our sound I’d say we’re kind of like a chill electronic jazz group. It started as a duo with my friend Ryan and I; I would play guitar and program sounds on my computer, and he played the drums. Recently though we’ve developed a much more R&B sound as we’ve been joined by a bassist and a singer. We’ve been working on a full length album hopefully ready to release relatively soon!

You majored in Classical and Jazz Guitar Performance. How does classical music fit in with the rest of your music interests? Classical music fits in to the rest of my musical interests in almost too many ways. I would say the biggest influence studying it has had is how I now listen to music. In Classical music, expressing
yourself through your playing is so essential to conveying the way the piece makes you feel, and in my opinion the most beautiful music is created due to the subtleties that can often be overlooked. For example, I try listening for how loud or soft is the music being played, which notes are being accented and which aren’t, when there's tonal changes... when you start to critically listen you can find there’s a lot of sounds going on that you may not have been aware of before and it’s really really cool!

How do you inspire your students to explore various musical styles and dedicate their time to practicing? To inspire my students to explore various music styles. I try to understand what kind of music they like first. Then we work together to learn the songs they’re interested in. Once we understand what sounds they’re interested in, we pursue those sounds. Once I have an idea of what my student likes and doesn’t like I try to suggest bands that they might not have heard of before; the more music you listen to the more you can understand what sounds you like and what you don’t. As far as practicing goes, the biggest thing I encourage is to use your time efficiently by setting a few small goals instead of one big one. Trying to learn an entire piece in one day from start to finish can often be frustrating, discouraging, and frankly, unrealistic. But saying something to yourself like, “Okay, I can get the first thirty seconds of this song down, and then maybe I can work on my scale” creates an achievable, realistic, and rewarding goal.