Every teacher strives to make their students independent as soon as possible. That is, of course, the case with music teachers as well. However, they also have some challenges that are unique to their discipline.
One of the major challenges for music teachers is how to get their students ready to both follow the music, while at the same time following all good playing habits on their instrument. In my case, as a clarinet teacher, I want my students to have a constant and consistent air flow, good posture and good embouchure (among others), but also to be able to read and follow music. That is a hard task, especially for beginners. The way I try to separate this task into two segments is by having them practice long, repeated notes and looking at themselves in the mirror. By doing so, they will only focus on establishing good habits, without having to worry about the technique in a particular piece. The second step is to have students articulate the notes that are on the page without having their instrument in their hands. This way they don’t necessarily need to worry about good playing habits, at least not that very instant, and their focus can be on the actual notes. When I say “articulate” I do not mean that they need to sing the pitch, because that concept doesn’t come until later. My concern and emphasis is only for them to learn the notes and be able to recognize them without the technical difficulty of the particular instrument. Note recognition should become second nature, much like how people can read different magazines/newspapers once they learn all the letters of the alphabet.

Another, equally common challenge that some of my students have is proper breathing. It is 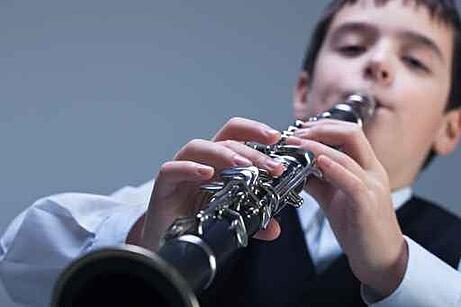 quite interesting that we as human beings need breathing to survive; yet beginning students on a wind instrument tend to forget to breathe. It is not that they literally forget it, because that would cause them to pass out, but for them a breathing mark is a place where time ceases and they don’t put it into a count. They hold a note for “x” amount of beats, after which they breathe, and the flow of music stops. One of the things I like to do with my students is to have them break the phrase and practice only that particular transition, before putting it into context. For example, if a phrase goes from measure 1 to measure 4, I have them play measure 3 to measure 6 and that way they can actually hear that the music doesn’t stop just because they had to take time for breathing. This way they hear the continuity of the music and hear that somehow they need to make room for breathing after measure 4 and before measure 5 when they play the whole song. Another (for me successful) approach is having them shorten the note that comes just before the place they need to breathe. Let’s say we have a half note after which a student needs to breathe… I encourage my student to play only ¾ of the note value, in this case a quarter and a half, after which they breathe. As they get more and more used to that concept, I have them hold the note longer. Ideally, they should be able to make the breathing so short, that the break would be barely noticeable. This is probably a somewhat harder concept because I feel like my beginning students are not yet independent enough to judge what is too long as opposed to too short. Usually I like them to do several “trial and error” sessions, which would let them hear the difference while I walk them through it.

This is obviously not the end of the list, but I believe that once a student gets confident with these two concepts, s/he is ready for making music and focusing on phrasing nuances. Some teachers tend to rush into the “music making” which I believe can cause too many issues in the long run. Only good basics can produce a good musician, who is aware of what exactly s/he is doing once the music becomes really challenging. 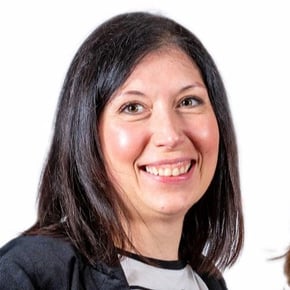 Student of the Month: Emily Gouse, ActinGarten and Piano Lessons

Now is the Time! Music Lessons for Adults in Flemington, NJ (By Jenny Wijdenes Gouse)

My daughter Emily has been attending Hunterdon Academy of the Arts in Flemington since 2011. She started out in Musikgarten's ...
Start Reading
Valentina Jotovic Jul 25, 2010 4 min read