Student of the Month: Peyton Williams

Congratulations to 17-year-old Peyton Williams, one of our Music Lesson Students, for receiving the January Student of the Month Award! Peyton madequite some headlines recently. But that’s only part of her incredible story. Read this interview all the way to the end.

What do you study at Hunterdon Academy of the Arts, and who have been your teachers here? I study

What is it like to be studying two different instruments at the same time? And do you have a preference? I don’t mind studying two instruments at once, because piano helps me with my AP music theory class at Hunterdon Central. At most times, I prefer clarinet because you only have to worry about playing one line of music at a time instead of two or more.

What do you like about being a student at Hunterdon Academy of the Arts? I like the friendly atmosphere when I come in for my lessons, and that I know a decent amount of students from Central there.

On Thanksgiving Day you performed with Macy’s Great American Marching Band, which was broadcast on NBC. Please tell us more about this incredible accomplishment! How were you selected to join this prestigious band, and what was it like to rehearse and perform with them? There is an audition process where you upload a video of yourself playing a 4-7 minute solo on YouTube. When I did the audition in sophomore year, I actually used the music from the current marching band show “Summer Down the Shore”, because it was quite difficult. And once you are in the band, you’re in for life! This opportunity is only for high schoolers, so if you’re interested, you might as well try out, because it only comes once in a lifetime. This was my second year in 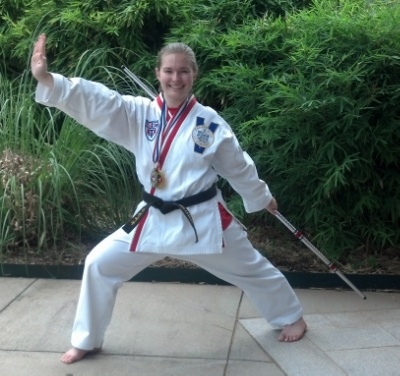 the band, and I definitely made some new friends. The rehearsals are intense, we got only 15 hours of rehearsal time (in total) over four days while doing sightseeing. Then it’s the big performance, with the wonderful dress rehearsal at Macy’s at 3 in the morning. Besides for my legs still being sore from marching the 3 mile parade route, it’s definitely worth it and if they have an alumni band again, I would come back and do it again.

What kind of music do you like to listen to in your free time? I like to listen to all kinds of music, ranging from classical, to classic rock, to current pop and electronic and video game and movie soundtracks.

What would you like to do after graduating high school? Any plans to pursue a music career? After high school, I will be attending Kutztown University, majoring in Music education. I want to be a band director for high school students and a composer.

Other than your music studies, what are your favorite activities? I am an accomplished Martial Artists with over 25+ State and Regional titles in taekwondo. In 2014 I won World Champion in Weapon (Bo-staff) at American Taekwondo Association’s World Expo. I’ve been training in martial arts since I was 9 years old and have been ranked #1 in the World Standing several times in my career.

What else would you like to tell us about yourself? I love to arrange/write video game music for games that I enjoy to play. I also am currently making a scrapbook of my entire senior year.

The Importance of Memorization in the Music Learning Process